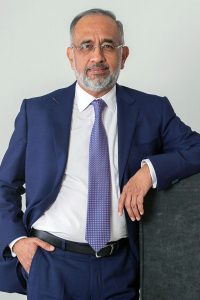 This last February 16, the renowned journalist Alberto Aguilar’s television program, Nombres, Nombres y Nombres [Names, Names and Names], was attended by Oscar de la Vega, a lawyer who is an expert in labor matters; in this program, the lawyer addressed some of the fundamental topics in labor matters in Mexico as a result of the current environment.

De la Vega said that “ we are living in unprecedented times as a result of the USMCA” and he made reference to Mexico’s having had to pay dues for becoming a part of the important economic agreement, consisting of Chapter 23, and of the penalizations deriving from the low salaries being paid in the country and the complaints of American unions.

Freedom of association, freedom of collective bargaining negotiation and the improvement of labor justice were 3 pillars of the 2019 Labor Reform. “Only now are we seeing the practical effect of the legal changes in labor matters:  in order for them to be valid, collective bargaining agreements are now subject to approval by each and every one of the unionized workers and under the conditions of a personal, free, direct and secret vote”, says the lawyer.

Oscar de la Vega also said that “the worker is still not aware of the right and implications that have been brought by this changes.” Additionally, he talked about how the United States is focused on monitoring the union environment in Mexico, particularly in large companies and relevant industries, such as the automotive and aerospace industries.

Regarding the establishment of labor panels in the United States, which report the incidence of the Mexican labor environment to their Congress, and the installation of quick response mechanisms, he stated that he can see the possibility of penalizations to national exporters.

He says that United States Unions are seeing fertile ground in  our country, and they are also seeking to discourage investment in Mexico in order for jobs to stay in the United States, which represents a challenge for the labor authority.

Regarding the 22% increase to the minimum wage in Mexico, De la Vega  stated that “we are experiencing a situation of economic crisis and companies have to be working on action plans to respond to the pressure generated by inflation and the subsequent negotiation problems that can derive from it.”

He said that unions have to reinvent themselves and give workers better service, and he explained that “workers also have the freedom of not to having a union.”

Lastly, he ended by saying that communication is an area of opportunity for workers, unions and companies.