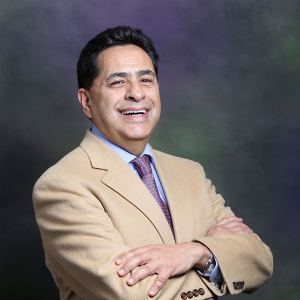 The 1997 Reform that created the Afores System [Retirement Funds Administrator System] prescribes that, in order to be entitled to the minimum guaranteed pension, 1,250 weeks of payment of social security dues and a minimum age of 60 years are required for workers insured solely by the Afore (those who started paying social security dues under the law that created Afores) or having sufficient funds in their individual account to generate the minimum guaranteed pension.

Beneficiaries to whom the 1973 Law still applies, given that they paid their social security dues under that regime, will have the right to retire on a pension under the rule of 500 weeks of payment of social security dues and a minimum of 60 years of age. This pension is approximately 40% of the base salary used for the payment of social security dues of the last 5 years, the real average of the pensions under that Law being of between $4,000 and $8,000 pesos per month. This scheme, together with the PEMEX, CFE [Federal Electricity Commission] and IMSS [Mexican Social Security Institute] retiree portfolios (the only ones that retire with 100% of their integrated salary and that increase with every revision of the CCTs [collective bargaining agreements]), cost the Federal Government approximately 850 billion pesos, an amount that constitutes the largest debt of the Mexican State.

There are 66 million individual accounts, out of which only 21 million are active. Accounts that stopped receiving dues for more than three consecutive months are considered to be inactive. It is important to note that many workers started paying social security dues when they were between 30 and 40 years old. By 2021, 75,000 workers insured solely by the Afore will reach retirement age and only 5 of them will have the right to a pension.

Given the current unemployment scenario, the lack of stability in the labor market, the lack of stability in jobs and low salaries, the excessive growth of informality together with the severe crises that we have suffered during the last 25 years, 76% of workers insured solely by the Afore will not have the right to a pension due to their failure to meet the mandatory requirements by law to obtain a pension, they may not have completed the 1,250 weeks of payment of social security dues or they do not have sufficient funds to generate the minimum guaranteed pension, which is of approximately 3,274 pesos per month. We must take into account the serious crises that we have suffered in the last 25 years, together with the fact that Afores have invested a large part of the capital in Government bonds and high commissions; these factors have caused the individual accounts to have insufficient capital to at least generate the minimum guaranteed pension, which makes it necessary to reduce the weeks of payment of social security dues in order to provide the minimum guaranteed pension.

Consequently, given the above, instead of collecting a pension, beneficiaries will have a right to withdraw the capital from their individual account. This means that said capital will probably run out quickly and these beneficiaries will not have a pension for their old age, which poses a serious social and economic problem for the Mexican population.

Under this scheme, the existence of the Reform in Pension matters, under the following terms, is important:

Reduction of the weeks of compulsory payment of social security dues from 1,250 to 750.

Gradually increasing the employer’s contribution from 5.50% to 13.875% of the base salary for the payment social security dues for retirement, old-age unemployment insurance and old age areas. This increase will start on January 1st, 2023 and will continue until 2030.

Afore commissions must not exceed 1%.

The commissions charged by retirement fund administrators (Afores) operating in Mexico (0.98 percent in average) must not exceed those found in other countries at the same stage of development or with the same time in operation of the defined contribution systems.

The Reform is absolutely necessary to avoid a serious social and humanitarian problem. With the above measures, the minimum guaranteed pension is expected to be 0.70% of the General Minimum Wage, which covers the Minimum Well-being Income. The increase in dues becomes mandatory in order to enable granting pensions to the workers in the mid-term, taking into account that we are entering the stage of old age in our population. We have ceased being a country of young people, to become a country of old people that require a pension to live.

Tags: Afores Pensions Unions
Previous Pensions, the center of discussion in collective bargaining agreements
Next It is irresponsible to conduct union headcounts in LafargeHolcim: workers
Español