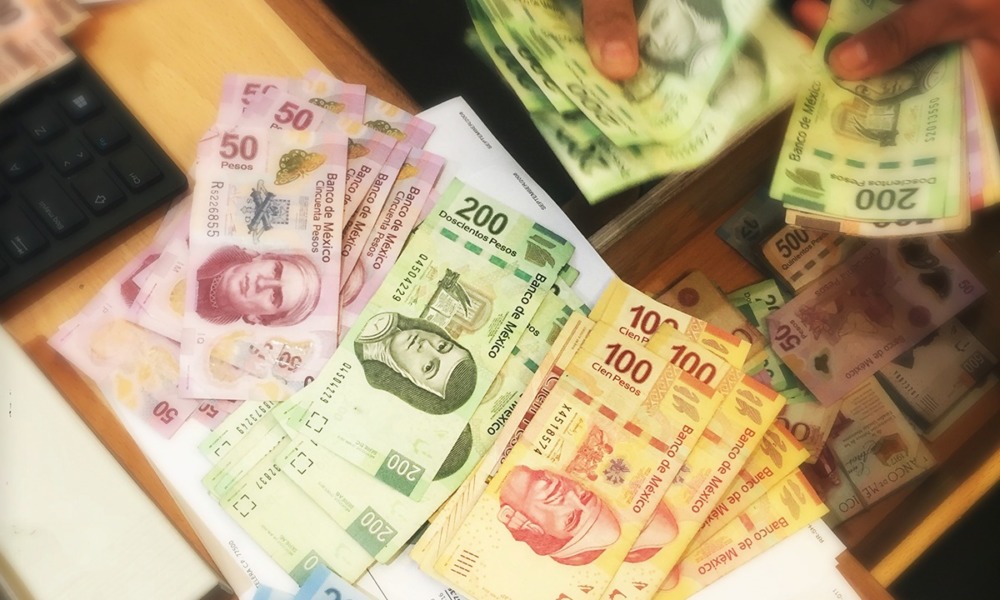 The economic crisis due to the COVID-19 pandemic, which has already begun to negatively affect economic activity, has made it clear that there is little leeway for fiscal actions in Mexico to combat it with a strong countercyclical policy; in this scenario, President Andrés Manuel López Obrador has opted, among other measures, for the reorganization of public spending.

Cuts in operating expenses and possible adjustments to the salaries of senior officials as well as the elimination of year-end bonuses, from the level of deputy directors of the Federal Public Administration to that of the President, are some of the measures that have been announced with the objective of expanding the fiscal space, that is, room to maneuver within the public budget in order to make resources available, without compromising financial and economic sustainability.

The foregoing, with the objective of freeing up resources to respond to the emergency caused by the COVID-19 pandemic, without deviating from the so-called republican austerity. At the moment, the salary and year-end bonuses of officials cannot be touched, as established by law, and it won’t be feasible to do so until the negotiation of the 2021 Expenditure Budget of the Federation (PEF).

“(Constitutional Article 127) says that they must receive adequate and unwaivable remuneration for the performance of their role, job, position or commission and that said remuneration must be proportional to their responsibilities”, stated Óscar de la Vega, founding partner of the De la Vega & Martínez Rojas Firm.

He said that a key point will be to see whether the reduction to be proposed is proportional to these public officials’ responsibilities, since their responsibilities do not decrease: they stay the same or they increase.
Therefore, salaries and benefits cannot be decreased this year, as they are a constitutionally established right.

At the beginning of April, the Department of Public Administration (SFP), called upon the heads of the cabinet to reduce, by a minimum of 50%, spending assigned to general and operational services, with the exception of the areas of Health, Armed Forces and the National Guard, which deal with the health emergency and those that give continuity to the government’s priority projects.

This type of spending includes external consulting contracts as well as consumables that are used in the daily operation of governmental entities.
“Whenever there is a cut in spending, someone will be affected; obviously, the invitation is to reduce services that are not essential for operation, not that they are not important, but they are services that are not basic for operation”
stated Sunny Villa, public spending director of the Center for Economic and Budgetary Research (CIEP).

For example, the Office of the Presidency includes in its budget expenses of 55 million pesos for materials and supplies and of 428.78 million pesos for general services, which cover items ranging from travel expenses to professional, scientific, technical (consulting) services, according to numbers provided by the Department of the Treasury.

“We are now at a time in which we really need to define priorities and find fiscal space wherever we can, I believe that this is the President’s logic, and one of the ways to achieve this is to make spending more efficient, not cutting spending itself, but reorienting spending toward truly important expenses; definitely, all of these operating expenses and, above all at the time of a health crisis, must be directed toward aiding or reinforcing the measures implemented in the health sector”, said Sunny Villa.

The International Money Fund (IMF) has stated that fiscal policy is key in saving lives and protecting people and, therefore, governments must do whatever is necessary. But they must make sure to keep the receipts.

“In the presence of the pandemic, recession and the necessary policy responses will lead to considerable increases in public deficits and debt; countries will need to create fiscal space by reducing non-priority spending and improving efficiency in spending”
Alejandro Werner, Director of the Western Hemisphere Department of the IMF.

Meanwhile, the emergent measures of the López Obrador government have been deemed to be insufficient by the consensus of economists.

The deputy governor of the Bank of Mexico (Banxico), Gerardo Esquivel, once part of the President’s team on economy, recently published on Twitter that the fiscal, monetary and financial measures that have been announced go in the right direction, but he believes that they are insufficient in face of the magnitude of the problem.

Therefore, he recommended a series of fiscal measures that range from unemployment insurance to deferring the payment of social security contributions for Micro, Small and Medium Businesses, to mention some measures that would cost between 0.8 and 1.2% of the GDP.

Óscar de la Vega believes that, given that the confinement of the population is necessary to reduce the rate of contagion, a social pact is required, with the participation of employers, unions, workers and the government in order to face both the health and the economic crisis and guaranteeing the survival of the sources of employment.

Note published in El CEO in the Economía [Economy] section by Carmen Luna.

Tags: Covid-19
Previous The IMSS determines that Covid-19 will be acknowledged as an occupational disease
Next Upon entry into Phase 3, Morena presents an initiative to safeguard salaries
Español