Home Media The importance of union registration / IDC On line 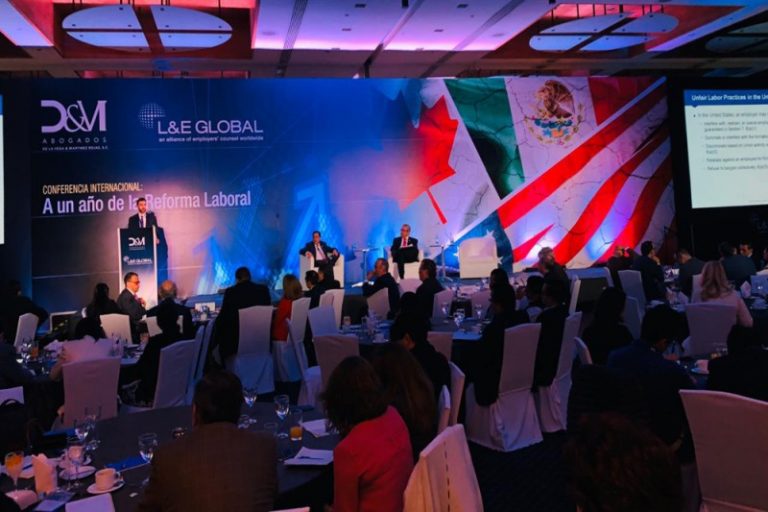 “Unions and companies will have to reinvent themselves” in light of the modifications made to the LFT [Federal Labor Law] and the USMCA. The union registration process and the legitimation of collective bargaining agreements will begin in May of next year.

This, as part of the modifications made to the Federal Labor Law (LFT) and the implementation of the trade agreement between Mexico, Canada and the United States (USMCA) which included Annex 23-A to the USMCA.

Therefore, “unions and companies will have to reinvent themselves”, stated Oscar de la Vega, partner at D&M Abogados, during the Conference “One Year after the Labor Reform”.

Additionally, a software platform on social security matters must be created, to allow courts to obtain information in regard to registered workers and to collate union records.

We only need to recall that, in early February, the National Electoral Institute (INE) and the Department of Labor and Social Welfare signed an agreement with the objective of establishing the general bases for cooperation in the fulfillment of the constitutional mandate that demands the guarantee of union leadership representativeness and, thus, eliminating one of the old practices of disassociated contractual negotiations.

The agency, which will be in operation by May of next year, at the latest, will be in charge of keeping records of all collective bargaining agreements, national labor contracts, internal labor regulations and those of union organizations as well as the records of the actions and procedures carried out by companies and unions.

The Federal Center for Labor Conciliation and Registration will be in operation by the end of 2020.
In the end, the following is what is expected:

The model was discussed during the presentation and Colombia’s experience in this regard was talked about; on this topic, Blanya Correal, an expert on strategy and labor relations and Juan Pablo López, partner at López Asociados, agreed that transparency will have to be the guiding axis that will give legitimacy both to the unions and the workers.