Home Media Is it mandatory to have a union?

Today, rules change, placing the will of the worker at the center of the process, which now generates the greatest challenge, because that will is moved by very diverse interests. 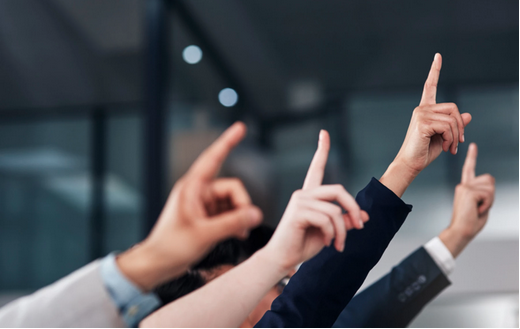 We are a country that, in the last four decades, sailed in an environment of extreme flexibility in terms of labor matters, almost everything was permitted within the framework of productivity and competitiveness. The reform came to make fundamental changes, not only to the rules but, but more importantly still, on the mentality with which we perceive the worker in the production system.

Given the foregoing, asking whether it is mandatory for a company to have a union is, in itself, a manner of vulnerating that change.

Let us first analyze the root of the question; for years, 85% of all companies lived with protection agreements, which in fact means that we lived in union-free environments, in which white unionism consolidated a business model oriented toward “being shielded from” the entry of new collective representatives of the workers, so that neither one nor the other exercised the defense of the rights of the people within the framework of balance with the companies’ possibilities and results.

Therefore, the improvement of conditions, or lack thereof, depended on the will of the companies’ administrations, under pressure by worker’s rotation or driven by a genuine interest in achieving a productive and positive work environment.

Today, the rules change, placing the will of the worker at the center of the process, which currently generates the greatest challenge, because that will is moved these days by very diverse interests, even politicized ones, which place a very high rate of uncertainty on the future the of Collective Bargaining Agreements reviews and the sustainability of companies.

We hear campaigns inviting workers to vote negatively in the reviews or legitimations of collective bargaining agreements, in which it is not clear whether a true interest of vindication and of improvement of conditions exists or whether it is only a mechanism for new players to enter in their representation. Time will tell whether they truly have a social objective or if it is merely a way for the business to change hands.

In other respects, we continue seeing protection unions that continue insisting to companies that the best way to prevent the entry of radical labor groups is by activating the agreement and legitimizing a relationship that has not truly been chosen by the workers, seeking to maintain the scheme that supported them economically for many years. Again, the question remains on whether the true intention is to play a role of representation or only to keep the business.

And the center of the reform continues to be left outside of all of these situations, said center being, precisely, the exercise of freedom of association. It is not mandatory to have unions, just as it is not mandatory to live without them. The entry of a union must arise naturally, and it has to be associated to the decision made by the workers that find the answer to their needs in this figure.

The underlying problem probably lies there, as long as some unions continue to play a destabilizing role in the companies and some companies continue being afraid, the “protection “ models will be perpetuated, now surely redesigned to circumvent the authority’s surveillance.

Editor’s note: Blanya Correal is an Industrial Engineer with over 25 year’s international experience in Human Resources and labor strategy in several multinational companies such as Coca Cola Femsa, Danone and Nissan. She has been recognized for two consecutive years as one of the 30 best CHROs in Mexico and she is in the top 20 of the ranking of the Most Powerful Women in Mexico according to Expansión magazine. Follow her in LinkedIn. The opinions published in this column belong exclusively to the author.