Home Media The more than half a million collective bargaining agreements will be legitimized, or they will disappear: specialist 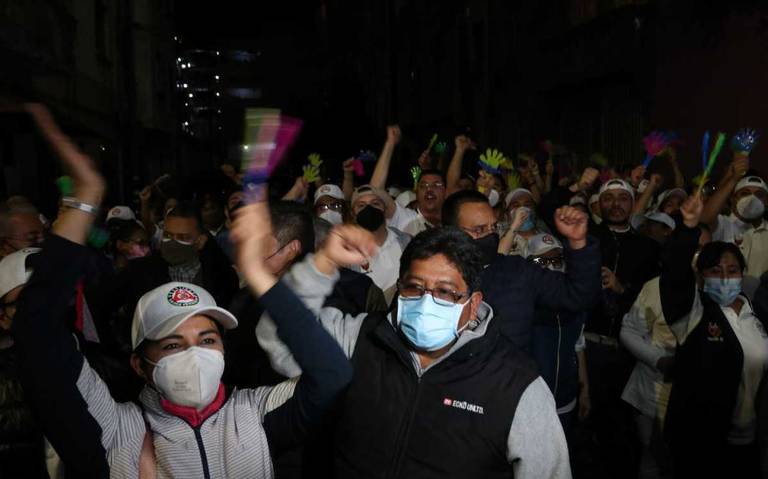 A complicated scenario is expected for companies and unions, given that the deadline for union organizations to conduct the mandatory legitimation process for their collective bargaining agreements is May 1 of 2023 or, otherwise, they will disappear.

This is the perspective of Óscar de la Vega, a partner at the  De la Vega & Martínez Rojas Firm, who pointed out that of the 550,000 existing collective bargaining agreements, a number presented by the labor authority before the 2019 reform, at least 485,000 will be in a first stage of the process, without any union seeking to represent the workers.

The specialist in Labor Law stated that although the rate of unionization in the country is low, it is expected to drop next year while workers do not see the benefits of belonging to a trade union organization.

He stated that, currently, the number of workers that belong to a union up until the first quarter of this year stands at 4 million 869 thousand 045 people.

In his opinion, the labor relationship process with the unions will become so complex that in truth “only a few specific sectors will be the ones to maintain a high rate of unionization.”

He explained: The legitimation process ends on May 1 2023. This process has been very slow and, therefore, an extension is not ruled out, although this would require negotiation with the United States, because the implementation deadline for 2023 arises from the USMCA.

“That would be seen as an alternative, but for now, the termination of 495 thousand Collective Bargaining Agreements (CCTs) is expected”, he explained.

He also said that sectors like the high-export sector, which is prioritary for the United States government, “will have to comply, in an orthodox manner, with the reform in freedom of association and collective bargaining matters.”

He considered that, surely, in these strategic matters, touched by the United States Government and the USMCA implementation law, these are sectors that will necessarily be involved in the Rapid Response Mechanisms, linked to labor complaints.”

He said that while much attention has been paid to the automotive and auto parts sector “we must not forget the existence of the mining, cement, aluminum sectors, which are very important and complex from the unionization point of view and that they will definitely be placed  under a strong microscope by the groups involved.”

He warned that the number of complaints under the Rapid Response Mechanism will continue to increase in these sectors.

In regard to this instrument, he stated that “it is now definitively a mechanism on an extraordinary level, but with the dynamics that we are going to start and its efficacy, there will be many new processes in these prioritary sectors, where the focus is.”

He stated that the rest of the sectors will comply with the law, but companies belonging to these strategic industries will have to be very orthodox.”

He said that the rise of more independent unions is envisaged. Thus, companies are faced with a clear quandary, in a union free environment. Or, otherwise, with collective bargaining agreements, but with union organizations that are representative, democratic, because malleable unions, “protection unions no longer have a place in this reform.”