Home Media 3-2-2 work model, the trend for getting around the home office reform

With the hybrid scheme of three days at the office and two days of home office, which is expected to prevail among the new models for work, the 40% of the working hours set by the LFT [Federal Labor Law] is not exceeded and companies avoid the new legal obligations. 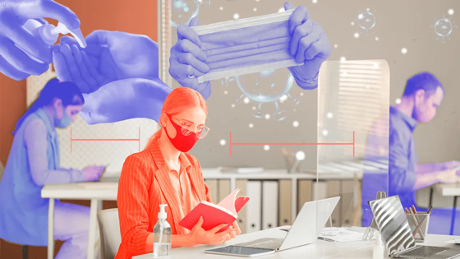 In 2022 it is expected that more organizations opt for hybrid work, a combination of days with onsite activities and others working from home. However, the model that is being proposed in some organizations seeks to preserve the home office, but without applying the reform on teleworking, which entered into force one year ago, this week.

According to research conducted by the Talent Solutions Firm, of  ManpowerGroup and Everest, the 3-2-2 model (three days at the office, two days at home and two days of rest) is the predominant mode among the hybrid schemes being adopted by companies.

But in a working week of five days, working from home only for two days means working outside of the work center only 40% of the working week, that is, the limit established by the reform on teleworking for the new provisions of the Federal Labor Law (LFT) not to be applicable.

“There is a legal architecture for evading compliance with the reform on teleworking, which, above all, has a minimum of three objectives. The first one is the protection of the worker who performs the remote work, so that that the employer’s obligations do not disappear, particularly in regard to the equipment that the worker has to receive to perform his duties. Another aspect has to do with avoiding the extension of the working hours and a third aspect is workplace safety and health”, states labor lawyer Manuel Fuentes Muñiz.

The reform on teleworking entered into force on January 12, 2021; one year later, compliance with it is mixed. The regulation on remote work established the obligation of employers to provide work tools such as computers, in addition to paying for telecommunication costs and supporting workers in the proportional part of electric power consumption,

Nevertheless, the new regulation states that, for teleworking to apply, it must be of above 40% of the working hours outside of the workplace. The work 3-2-2 model that is most frequently being adopted does not exceed the percentage fixed by the LFT.

Under this scheme, emphasizes Manuel Fuentes Muñiz, the objectives of the reform are lost because the new legal provisions are not applicable and enforceable. “These three elements are the ones that are being diluted in a relationship such as the one that arises under the 3-2-2 scheme in which, when all is said, working from home two days a week does not exceed the 40%, says the researcher and professor of the Universidad Autónoma de México (UAM).

Compliance with the regulation on teleworking, from its promulgation in January of 2021, has been a matter of different interpretations. A few days after the reform was published in the Official Gazette of the Federation (DOF), the Department of Labor and Social Welfare (STPS) established a position in which it considered that the new provisions were not applicable in a context like the pandemic, in which teleworking was more of a necessity that something intentional.

One year later, with a recovery in mobility and the epidemiological traffic lights allowing the re-opening of offices, specialists believe that the justification of force majeure for not applying the new regulation is no longer viable and companies that maintain this scheme should already be in regulatory compliance with the new provisions.

In the opinion of Jimena Sánchez, partner at the D&M Abogados Firm, the pandemic was never a sufficient reason for not applying the legal modifications. “Teleworking did not cease to be teleworking because of a contingency issue. Thus, if you meet all of the criteria defined by the reform, that is, it represents more than 40% of your working hours and it is through the use of information technologies, it is teleworking regardless of the motive.”

From the perspective of the lawyer, the 3-2-2 model is a legal way of maintaining labor flexibility, providing the benefit of remote work, but without falling within the provision established in the Federal Labor Law.

“The majority of the work formats that we have are five days of work for two days of rest. This means that we distribute our 48-hour work week in five days instead of six, which is the general rule. Therefore, if we work from our home two days and we go to the office three days, we do not fall within the mode of teleworking, because it does not represent more than 40 percent. Even with this hybrid scheme, employers would be exempt from the payment of the expenses, of providing the work tools”, explains the specialist.

A benefit and not a labor scheme

For Sara Morgan, specialist in Labor Law and independent consultant, the 3-2-2 hybrid model is turning more into a benefit above the ones required by law than a new working format.

“It is about workers and companies feeling comfortable with their ways of working, and that it is beneficial to both of them. If it is advantageous for a worker, perhaps, not to cover 40% of his time from home, because this is not possible, but maybe covering 30% or 20% is, then you are helping the worker. In this aspect there is no contradiction, the law does not prohibit that people to work from home for two days, it only states that, in order for it to be considered as teleworking, it has to exceed 40% of the working hours at home”, she states.

In this vein, if an employer proposes the worker to conduct his activities from home for two days, then it is a benefit, because it is an alternative to take care of the employee both in his health and in his economy, Sara Morgan points out.

For Manuel Fuentes, the practice has put in evidence some legal loopholes left by the reform on teleworking, which require a new amendment to prevent people performing remote work from remaining unprotected. The percentage of the working hours for the mode of teleworking to be configured is one of them.

“There should be a reform to the reform in which it is established that 40% be a motive for protecting the worker, because the worker is left in limbo, with no type of liability from the employer toward the worker. The 3-2-2 model is a model that is more beneficial to the employer than to the worker”, said the specialist.

In accordance with research conducted by Bain & Company, one of the benefits for employers in establishing teleworking as a permanent alternative is the optimization of the corporate workspace, which could mean savings on real estate costs of between 15 and 30% , with a potential for an additional 20% through the re-design of operating processes,

Previous A new model of labor justice will be implemented in Mexico in May: specialist
Next “I have my own equipment and pay for my utilities”: The light and the dark of the reform on home office