The Minister of the Department of Labor and Social Welfare (STPS), Luisa María Alcalde, assured US Congressmen that Mexico is firmly committed to complying with the implementation of the Labor Reform, which includes changes to guarantee union freedom, which is a precept included in the Treaty between Mexico, the United States and Canada (USMCA).

“Given the skepticism and concern of some US legislators in regard to the timely fulfillment of the commitments of this reform, its deadlines and processes, (we point out that) since the reform was approved on May 1st, we have demonstrated, thanks to the work conducted jointly with the federal entities on the first stage, that we are firmly committed”, she stated.

During the Fifth Inter-institutional Coordination for the Labor Reform Meeting, between federal and local authorities held this Friday, Alcalde stressed that the reform does not serve political or personal interests but is a historical debt in our country.

For his part, Óscar de la Vega, of De la Vega & Martínez Rojas, pointed out that there are “conflicts of interest, Democratic Congressmen want to discourage investment in Mexico in at least eight important sectors for the country; they want this investment to go to the United States, particularly in the case of the automotive and auto parts sectors; they seek to take advantage of conjunctural issues such as crime or political uncertainty to relocate investments, it is their American dream”, he said.

Meanwhile Hugo Hernández Ojeda, partner at Hogan Lovells México, believes that the majority of unions in Mexico are currently complying with the provisions of the Labor Reform and the USMCA.

“It is going well, I do not believe that we are in default, as stated by Democrat Congressmen, the pandemic has somewhat delayed the adaptation process, but this is not something that is accomplished overnight”, he said. 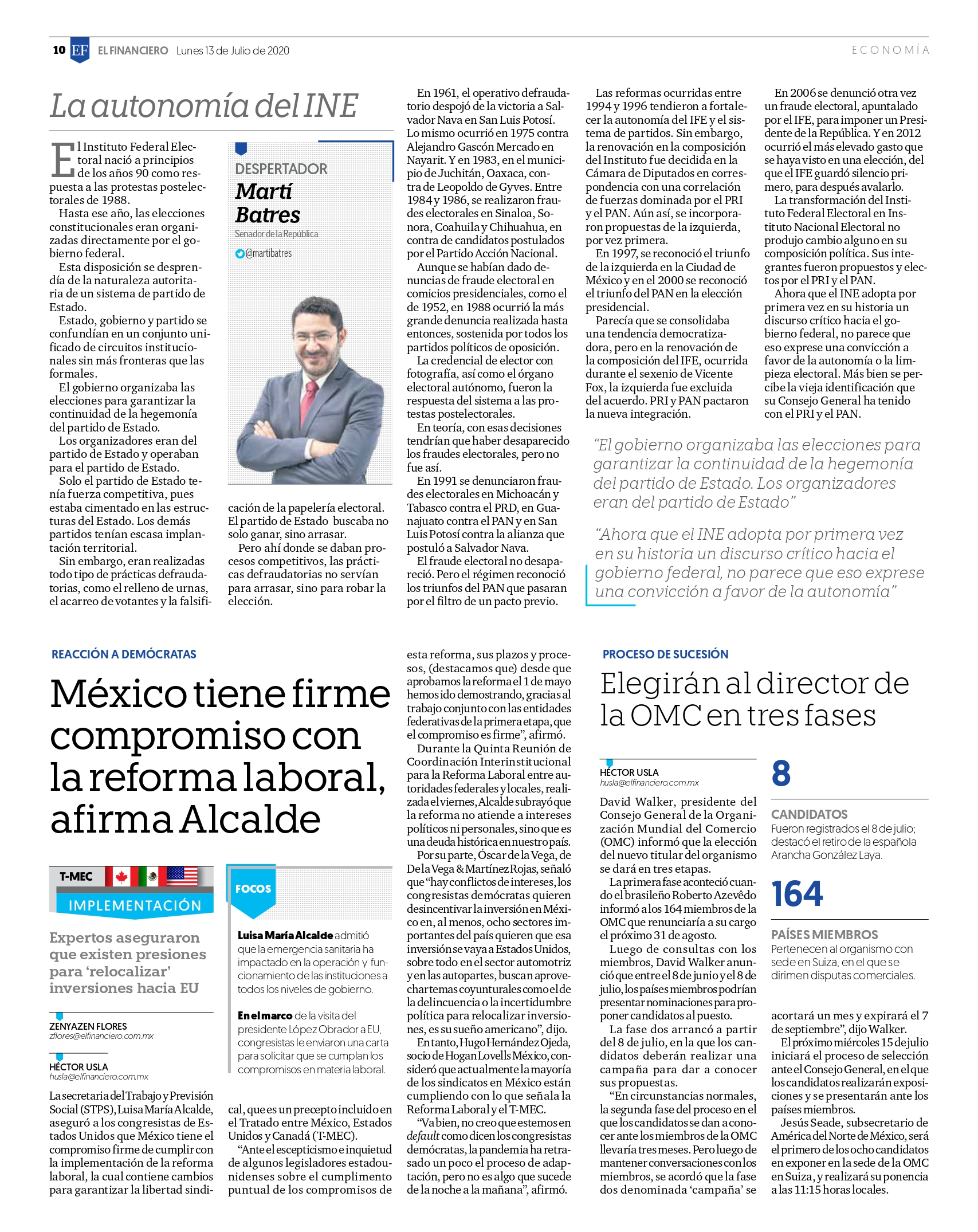 Note published in El Financiero in the Nacional [National] section by Zenyazen Flores and Héctor Usla.