Home Media Protection contracts are discarded in the Mayan Train

According to the union organization, the jobs created in the construction of the Mayan Train will include all benefits. 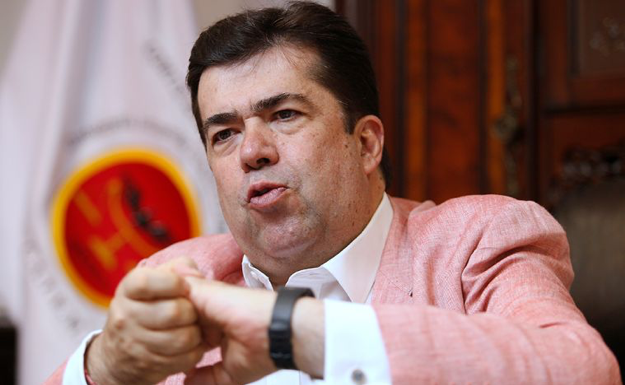 The three different contracts that were awarded to “three different unions” for the work to be carried out in the construction of the Mayan Train are in no way protection contracts, “with the labor reform, that is a thing of the past”, said Pedro Haces, national leader of the Autonomous Confederation of Workers and Employees of Mexico (CATEM).

In an interview, the union leader explained that the 80,000 jobs to be created, as construction progresses, will include all benefits, social security and a living wage.

“We have signed with the winning bidders for the Mayan train for stretches 1, 3 and 4; there are three unions belonging to the CATEM, with different unions for each stretch, and we are ready to give jobs to all male and female colleagues of the municipalities that the Mayan Train will pass through when it is inaugurated”.

On the other hand, union organizations and labor specialists have pointed out that granting a collective bargaining agreement in the absence of hired workers violates the right to association and effective collective bargaining, “it goes against the Constitutional Reform, the Federal Labor Law, the USMCA and ILO Convention 98; CCTs [Collective Bargaining Agreements] cannot be awarded, workers must choose their union”, said Ricardo Martínez Rojas, lawyer at D&M.

Nevertheless, Haces stated that “The CATEM has always had workers in all nooks and crannies and municipalities of the country. The company and the union organization have been working together for a long time, this is nothing new, the government has nothing to do with it, this is fully a worker-employer matter”.

He added that, in cases like this, in which there is an award and construction process, collective bargaining agreements “are signed on the very first minute before construction begins, to ensure that companies comply with all of the guarantees and all of the workers’ needs in the areas of health, social security and all other needs; it is an open sky project, therefore, we need to provide care for the whole working base”.

Given the above, he denied that it is an employer protection contract – in which the company decides which union it will sign the contract with – “that was done before, neoliberal governments said which union the company needed to sign with, that has ended since the labor reform”.

He added that protection unions no longer exist “today, we have true union representatives of the workers, always seeking that guarantees and their rights are not violated”. The start of work in each section has begun with 200 or 300 workers, “this will progress gradually, opening sources of employment”.

Tags: Federal Unions Mayan Train
Previous A 180-degree change is foreseen in the labor environment with the USMCA
Next Mexico lags behind in regulating home office
Español