Sectors such as the automotive, air, mining and restaurant sectors will have to review their contracts, and even of staggered hours schemes, working hours and salary adjustments. 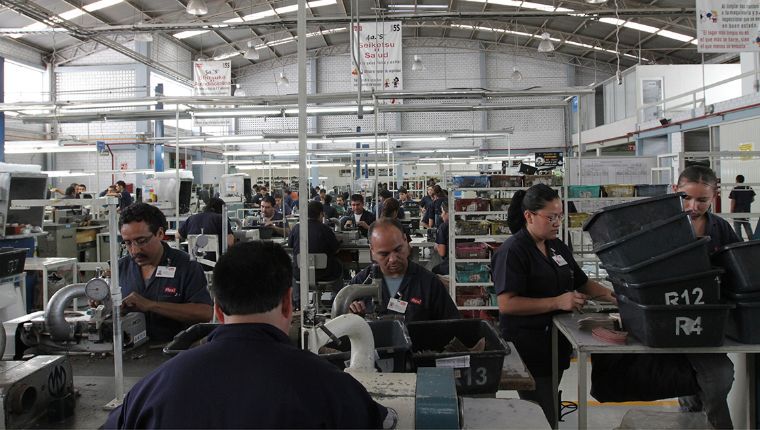 Starting on June 1, as confinement measures are relaxed in accordance with the traffic lights in each state, companies will have to analyze the agreements established with workers and union organizations.

Carlos Pavón Campos, union leader of the mining sector, said that all collective bargaining agreement revisions planned for this year “are being postponed; we have requested an extension to carry out the revision later, under the commitment that the agreements that are reached are retroactive to January 1st, 2020”.

Nevertheless, he believes that it will be fundamental that new agreements are reached, that the clauses of the contracts are reviewed, among other reasons, because these are new times in which benefits will have to be modified to enable organizations to face the economic crisis and keep their workforces.

It is possible that we “will see many notices of strike, as there will also be companies that will invoke the economic conflict and contracts will be terminated, because it is evident that companies do not have the resources to fulfill onerous contracts”, said Ricardo Martínez, a specialist on labor matters.

In this sense, sectors such as the automotive, air, mining and restaurant sectors will have to review their contracts, and even of staggered hours schemes, working hours and salary adjustments.

It should be noted that the Federal Conciliation and Arbitration Board (JFCA) stated that they will extend their period of confinement, as activities will be suspended until the corresponding authorities say that there is no danger in resuming activities in person.

In its bulletin No. 56, of May 28, 2020, the JFCA stated that it will “extend the period of suspension of the scheduled hearings and proceedings from June 1, 2020 and until the competent health authority dictates the measures for the resumption of activities in person. Also included in this measure are the Special Boards of the abovementioned Federal Conciliation and Arbitration entity and Auxiliary Ministry of Collective Affairs, with the exception of the Strike Procedure.

Although there is no certainty in the resumption of activities, a labor dynamic is expected after June first, given that “all companies are facing a very significant economic problem; Article 426 of the Federal Labor Law states that unions or employers may request from the Conciliation and Arbitration Boards the modification of the working conditions included in the collective bargaining agreements in the presence of economic circumstances that justify such modifications”, said the specialist in labor matters.

The foregoing, under the process of a Collective Conflict of an Economic Nature, and it is now possible to anticipate that there will be several of them involving very important companies in the country, since the economic situation no longer justifies those onerous contracts; in consequence, these contracts will have to become lighter.

“It is an interesting topic on labor matters for the coming months; we will be able to see whether union organizations are in tune with the times and with the new needs in the labor markets”, added Martínez Rojas.

Meanwhile, Pavón Campos said that, up to now, there has been a good relationship with the company, “actually, activities have not stopped 100%, because it is very hard to do that in a mine, but we are aware that there are groups of workers who will be unable to return due to their suffering from some condition”, he added.

Tags: collective bargaining agreements revision Covid-19
Previous What to do if you don’t receive your profit sharing payment?
Next It is improper to leave the responsibility of testing for Covid-19 to employers
Español