Home Media The pace must be stepped up in order to comply with changes on labor matters; the signature of the USMCA is coming

Specialists in labor matters stated that, with or without the pandemic, the USMCA will be signed and these commitments, which already have specific deadlines, will begin. 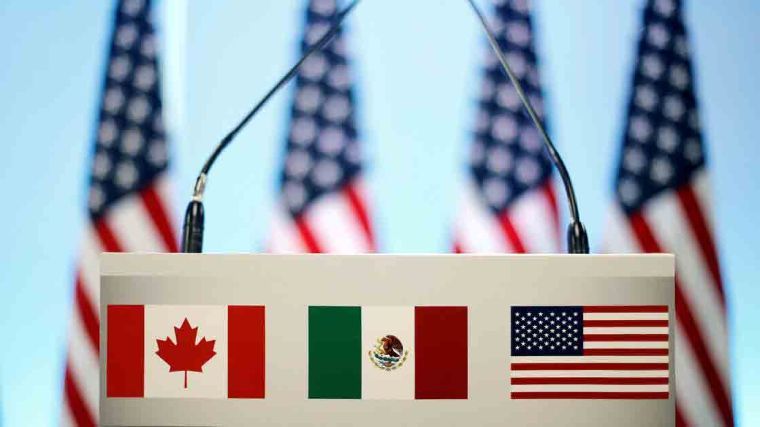 The trade agreement with the United States and Canada (USMCA) will be signed on the first of July, and this makes it necessary to speed the pace up in order to comply with the new trade obligations, along with the implementation of the labor reform, given that, up to this time, the American government presents a level of compliance that will imply a greater commitment for Mexico.

In the “Strategy for facing changes in the labor arena in face of the USMCA and the Labor Reform” webinar, specialists in labor matters explained that “with or without the pandemic, the USMCA will be signed and these commitments, which already have specific deadlines, will begin; I really don’t see how the Judicial Power can say that the change in the administration of justice will be postponed for six additional months, I believe there is very little likelihood of this happening, all of the American infrastructure is already in place”, said Oscar de la Vega, of D&M.

In her turn, Blanya Correal, a specialist in collective bargaining, explained that, up to this time, only the American government has taken compliance with the established deadlines for the trade agreement seriously and is in compliance with its schedule; meanwhile, companies and unions in Mexico are still waiting.

It should be noted that the high-level Intersecretarial Committee holds regular meetings, even including the Minister of Labor, Luisa María Alcalde Luján, in order to evaluate compliance and the creation of all of these new centers to be developed, “even with the possibility of non-unionization provided at this time by the Labor Reform, despite the fact that the promoters of the reform sought the opposite. Now, a new option was created enabling the worker to decide whether he wants to belong to a union or not”.

The Americans, stated the specialists, are very interested in ending labor dumping – low wages and protection contracts – and, therefore, pressure will be placed on wages and conditions of Mexican workers in this country, particularly in essential industries such as the automotive or mining industries.

Tags: Labor Reform USMCA
Previous Companies must implement new measures in order to resume activities
Next What to do if you don’t receive your profit sharing payment?
Español