Home Media Lawyers disagree on the topic of salary payments

Labor lawyers have different interpretations in regard to the extension of the health contingency until May 30, as some of them are of the opinion that employers have no obligation of paying their workers full wages during this month.

“Non-essential activities will continue to be suspended until May 30, 2020; employers are under no obligation of paying salaries as of the 1st of May, because the government acted under Section One of Article 427 and Article 429 of the Federal Labor Law, which state that up to a month of salary must be paid, as compensation. If there is no work, there is no salary, that is why this is called compensation”, pointed out Ricardo Martínez, of the De la Vega & Martínez Rojas Law Firm.

He added that, in the case of essential activities, which must continue in operation, they must pay salaries, IMSS [Mexican Social Security Institute] and Infonavit [National Worker’s Housing Fund Institute] dues unless they are incapable of continuing paying workers’ salaries due to their economic circumstances.

In a contrasting point of view, Germán de la Garza, of the Mowat Firm, stated that the Government clarified that we were not under the provisions of Article 42 BIS of the Federal Labor Law, which would have allowed paying workers one month of the minimum wage.

He added that employers, in general terms, are choosing to reach agreements with their workers and their unions in order to remain viable. 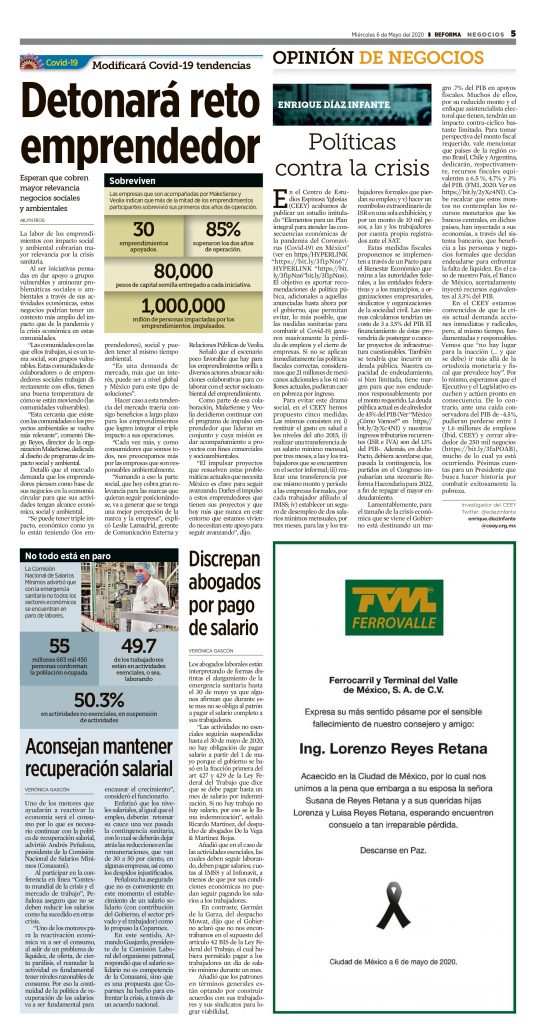 Tags: non-essential activities Payment of salaries
Previous Profit sharing must be paid in spite of the Covid-19 contingency: Ricardo Martínez, partner at the D&M Firm
Next Uncertainty in the labor arena due to Covid-19
Español