Home Media The cut in salaries and year-end bonuses for bureaucrats, unconstitutional and contradictory 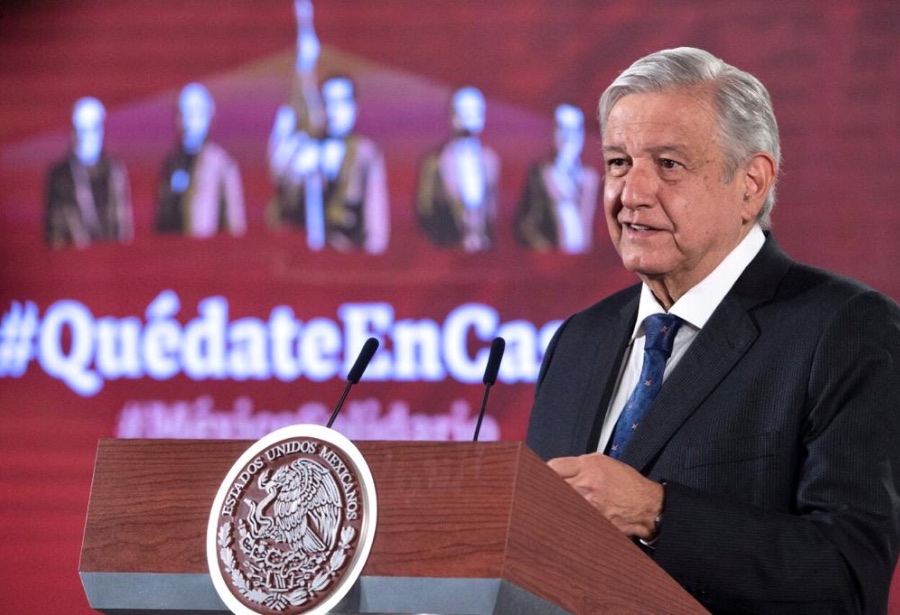 A few days ago, the government was the one in charge of explaining that there was no valid legal basis for cutting salaries or terminating workers; it was the authorities themselves who asked that salaries and benefits be maintained and encouraged reaching agreements between employers and employees. Now the bad employers’ practice is being implemented by the government, by making the elimination of the year-end bonus and the reduction of salaries for some government employees official.

Labor lawyers agree that, in addition of violating the Constitution and current labor legislation, with this measure, the federal government has fallen into a contradiction between what it asks of employers in the private sector to do and what it does with its own employees.

President Andrés Manuel López Obrador promulgated, in this Thursday’s Official Gazette of the Federation, the decree through which salaries are reduced “voluntarily” and the year-end bonus is eliminated for sub-directors, directors, associate general directors, general directors, heads of unit, undersecretaries, secretaries and the head of the Executive Power himself.

According to the Transparent Payroll portal, there are currently 179,754 government employees in the positions of sub-directors, or the equivalent, and higher positions who would be affected by these measures.

What is the position of the government as an employer in light of this decision? In the opinion of Óscar de la Vega, the announcement is contradictory between what the Head of the Executive Power demands and what is promoted by the Department of Labor and Social Welfare (STPS).

While it is true that many companies have agreed with their workers to restructure salaries on a temporary basis, this appears to be, in the case of the federal government, a unilateral decision, as stated by the partner of the De la Vega & Martínez Rojas Firm.

“There are basic labor rights that are unwaivable. It is illegal and inappropriate to agree upon benefits below the legal minimum. Also on the topic of salaries, there is no way in which they can be reduced unilaterally, as legal consequences would arise, this would mean a unilateral modification of labor conditions and would be cause for the rescission of the contract, attributable to the employer”, explained the labor lawyer in an interview.

Constitutional Article 127 establishes that public servants’ remuneration is unwaivable and the year-end bonus is part of this remuneration. Additionally, the Federal Law of Workers at the Service of the State states that said benefit must be equivalent to 40 days of their salary, as a minimum.

In regard to the above, lawyer Eric Roel believes that the year-end bonuses of public servants could be reduced, but only in cases in which this bonus exceeds the 40 days established by law, but the benefit cannot be completely eliminated. The Constitution, he explains, does not allow the unilateral reduction of the elementary rights of workers.

“This is a Constitutional provision and it is expressly established that year-end bonuses and other bonuses cannot be reduced, whether they are local or federal, regardless of their nature. There is a violation to the Federal Law of Workers at the Service of the State and, additionally, there is a violation to the Constitutional article”, said the partner of the César Roel Abogados Firm.

Like Óscar de la Vega, Roel states that the government’s decision is a contradiction to what has been requested from the private sector: protecting salaries and benefits.

“One has to lead by example. If one doesn’t comply with measures that one is telling others to use, how will this be possible? It is the equivalent of telling employers: lower salaries and take people’s year-end bonuses away”, states Eric Roel.

Rodolfo Martínez, partner of the Trusan & Roma Abogados Firm, also shares the opinion that the announcement made by President López Obrador contradicts what has been asked from businessmen and, additionally, that it is the continuity of a policy that affects public servants negatively.

“It gives leeway for the continuity of a policy of affecting rights acquired by public servants. We must practice what we preach, you cannot tell employers ‘don’t stop paying your workers, don’t reduce their benefits, but here I am, doing just that’; it is not possible to continue fiscally burdening public servants for the irresponsibility in the economic management of this country”, says Rodolfo Martínez.

In the opinion of the labor lawyer, the government could only eliminate the year-end bonus, based on guaranteed compensation, but not the salary. Nevertheless, the year-end bonus is still a right acquired through the decree of the Expenditure Budget of the Federation, which public servants have been receiving year after year.

Therefore, Martínez warns that bureaucrats can file amparo proceedings in light of this decision, and the government would have the obligation of paying this benefit at the end of the year.

Meanwhile, Óscar de la Vega says that public servants have the right to demand the payment of their year-end bonus and their full salary and the authority, as their employer, would have to respect the position of its workers.

Tags: Covid-19 Reduction of salarie
Previous Amparos are denied to non-essentials
Next Labor Reform, at risk due to pandemic?
Español