Mexico City (February 20, 2020).- It is estimated that there are 700 thousand protection agreements in the country, which will have to disappear in three years, as stated by the Federal Labor Law, said Ricardo Martínez, lawyer at the De la Vega & Martínez Rojas Firm.

During his participation in a forum on the Labor Reform, the expert expressed the opinion that some employers are reactivating protection agreements which exist on paper, but do not have an active union life.

“What are we going to do with our protection agreements?” Many of our clients are already under activation work. Let’s see if they can, because it isn’t so easy for the workers, it is a difficult task because we have new authorities in collective matters and this is the reason for the establishment of the new Conciliation and Labor Registration Center”, he said.

He explained that collective bargaining agreements currently filed at the Conciliation Boards must be ratified through consultation among the workers.

In order to legitimize the agreement, the majority of the workers must vote in favor of it or, otherwise, the agreement will be terminated.

“This is why many unions are diligently working to meet the requirements. Many of them are thinking of ways to activate collective protection agreements”, he stated.

On the other hand, Ricardo Martínez recalled that the Conciliation and Labor Registration Center will begin operating in October, 2020 and will be the authority that will centralize the registration of all collective agreements.

However, the expert criticized the fact that the workers and the employers’ sector are not represented in the abovementioned agency.

“Tripartism was lost. Mexico needs tripartism because, otherwise, a single authority will rule over all collective bargaining agreements and we will fall into a very grave authoritarianism”, he alerted.

The lawyer underlined that, as a result of the labor reform, it is no longer possible for employers to have an influence on the creation of a union and they cannot grant them certain payments, either.

James Verdi, partner at the Jackson Lewis Firm of the United States, also participated in the USMCA and labor reform panel, and he stated that in that country, the intervention of employers on the creation of a union is prohibited, and that this action is punished with jail. 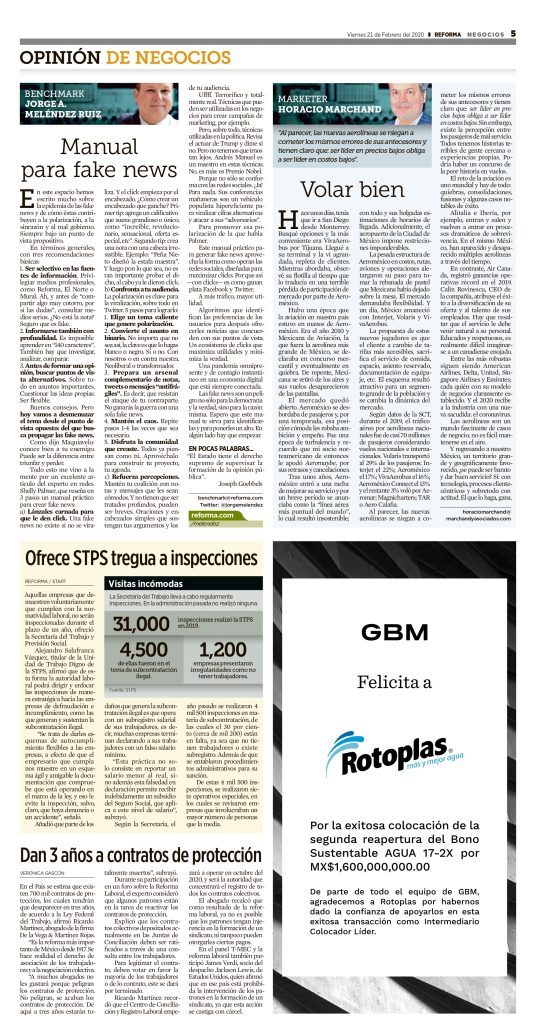