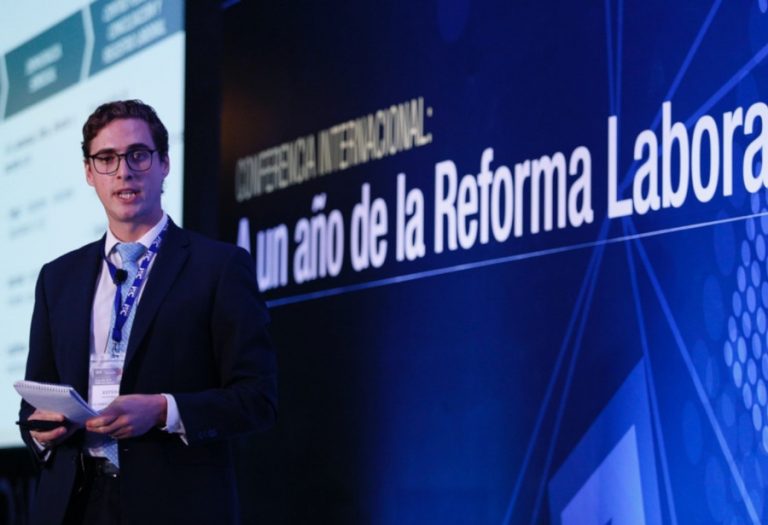 The big bet of the new labor justice model is conciliation. However, if this instance is not conducted correctly, this will represent a saturation of labor courts, acknowledged Esteban Martínez Mejía, head of the Liaison Unit for the Reform to the Labor Justice System of the Department of Labor and Social Welfare (STPS).

“Mandatory pre-trail conciliation is the key to the success of this new reform; in the absence of effective conciliation, we will fall back into the current experience: labor courts will become saturated and the principle of immediacy will not be complied with”, he stated.

During his presentation at the conference One Year after the Labor Reform, organized by D&M Abogados, the public official pointed out that conciliation is a great challenge, given that there is no profession that specializes on this matter.

“We already have conciliators in diverse matters, in family matters and criminal matters, even. But in labor matters, I insist, a sector that had never been seen from this point of view, as it is being modernized, there we don’t have them”, said the STPS official.

“This was a fundamental step, the Conciliation and Arbitration Boards had already shown many deficiencies, not so much due to the tripartite model, as has also been said by some plaintiffs. I don’t believe that the tripartite model has been the problem, but rather the operation, how problems were resolved at the boards, and all the others too, the delaying tactics and all of the actions carried on for a long time by the plaintiffs”, he stated.

In this sense, Martínez Mejía pointed out that the labor reform implies a change of culture beyond a new legislation and its key objective was that of modernizing a sector that was “institutionally forgotten”.

On the other hand, Esteban Martínez Mejía said that the new model of labor justice has considered the use of technology to solve problems such as those currently faced by the Conciliation and Arbitration Boards; for example, notifications.

“With these new applications, new technologies ,we will be able to expedite notifications through geolocation schemes for notifiers,” said the STPS official.

Esteban Martínez Mejía said that the implementation of the labor reform has shown good progress, so far, with the budget approved for the creation of the new labor authorities and the Organic Law of the Federal Center for Labor Conciliation and Registration (CFCRL).

Only the appointment of the CFCRL General Director is pending; this official will be chosen from a three candidate list that will be sent to the Senate by President Andrés Manuel López Obrador.

Once the General Director of the Federal Center has been appointed, the Governing Board will be convened to approve all manuals, organization and procedures, the necessary rules and regulations for operations and hiring will begin, explained Martínez Mejía.

“It must be through competition, for the greater part of the officials for the Center, it has to be said, particularly in the case of conciliators and registry officials, they must go through a competition and a selection process under equal terms”, he said.

Lastly, Esteban Martínez informed that, to this date, 82% of unions have already adjusted their bylaws to meet the requirements of the labor reform.