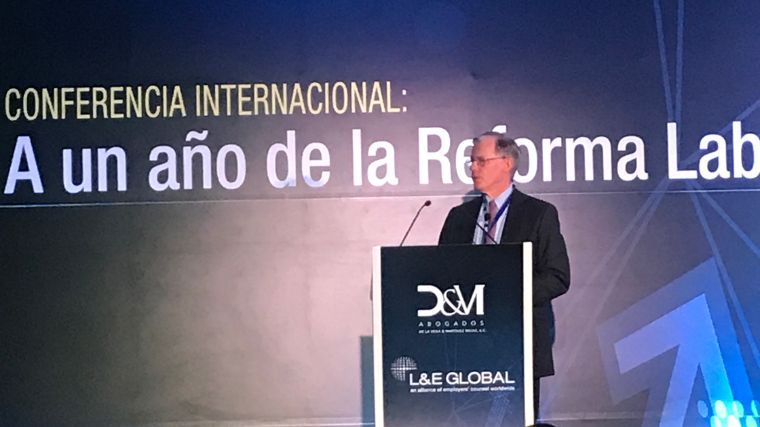 Once Canada ratifies the USMCA, monitoring in Mexico will begin in regard to the implementation of the labor reform; in addition to this, our country will have to appoint a panelist who will remain in that position for 4 years and may be reelected for another similar period of time.

In a review of the role that the USMCA will play in labor relations, Eduardo Arrocha, a consultant to D&M Abogados, explained that since December 10, Annex 31-A was added and it includes systems for the verification of and compliance with labor obligations, which will imply giving importance to the establishment of arbitration panels, given that economic penalizations for the companies that fail to comply with the labor rights of their workers may arise from them.

In turn, John Sander, partner of the American Firm Jackson Lewis, said that even though there will not be an army verifying the work done in Mexico on labor matters, this type of labor panel mechanisms has been in place for some time in United States and what is being done now is putting it to use.

“This infrastructure and everything that has been developed must be put to use. We now have more mechanisms to monitor Mexico in regard to the implementation of the labor reform through faster processes that provide certainty”, he stated.

Tags: Annex 31-A Labor Panels USMCA
Previous Negotiations under the cover of darkness are over; for the first time, the workers will be in command / El Economista
Next Protection agreements are given 3 years / Reforma
Español